During this school year we have given you regular updates of students who have been awarded badges from the Maths merit badge scheme. Mr Myers is very proud, and he gave a range of students badges for the final time this academic year. He didn't group them in bubbles as he did last time, but he made sure to deliver the certificates and badges directly to the students.

The Carl Gauss badge for 100 merits had only been given to 1 Year 8 student at the end of the Spring term, and is still extremely rare with only 4 students having this in school. We'll have to see if the new Year 8 next year can smash this total.

Well done to the 4 students in Year 10 who have been awarded the Alan Turing badge, an extremely well known Mathematician who contributed to the war effort, working hard to decode the German's Enigma machine during his time at Bletchley Park, the UK's codebreaking centre. He showed early evidence of his genius in Maths and Sciences when he was at school, and in 1931 he went to study Mathematics at the University of Cambridge. The pinnacle of his work at Cambridge was on 'Computable Numbers', which has been called 'easily the most influential maths paper in history.' In this paper he introduced the Universal Turing Machine, which is the basis of the concept of all modern computers.

During his lifetime, all of his war work had to be kept top secret, therefore no-one knew of his huge contribution to the war effort. In 1951 he wrote a paper describing mathematically how biological organisms develop their shape and patterns, and this is still one of the most significant pieces of work in Mathematical Biology. He also worked on the development of the first electronic computers at the University of Manchester before his untimely death in 1954. Outside of academics, he was a world class marathon runner, who would have competed at the 1948 Olympics if not for an injury.

What an amazing achievement by all the students who were awarded these badges, you have worked really hard in Maths (even during difficult times) and been rewarded for that. Details of the students awarded are below - 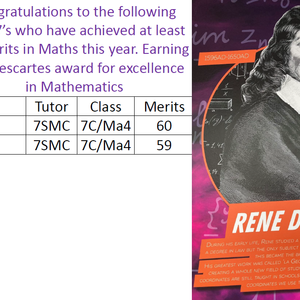 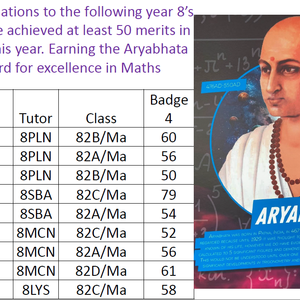 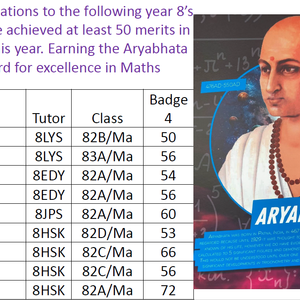 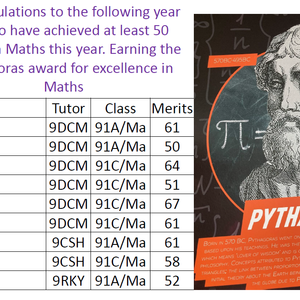 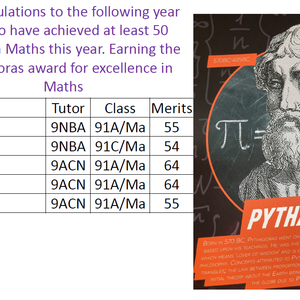 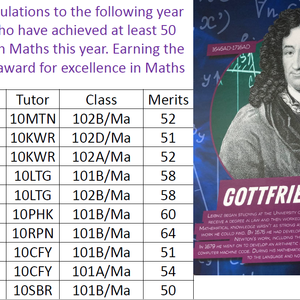 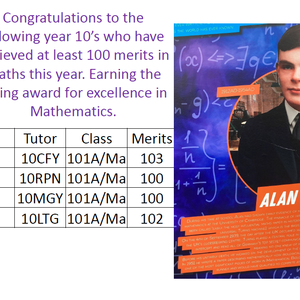 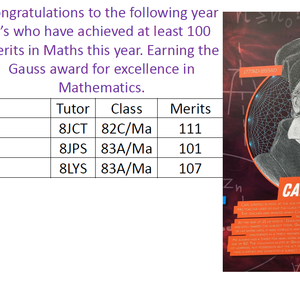 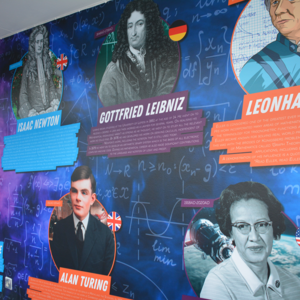 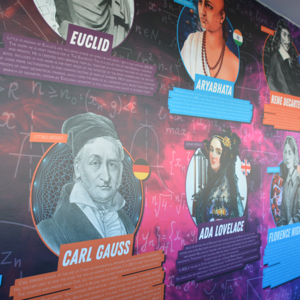 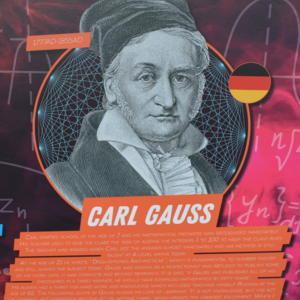 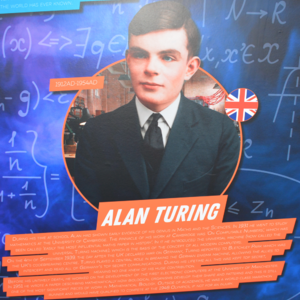